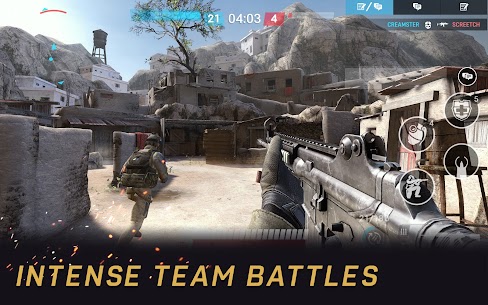 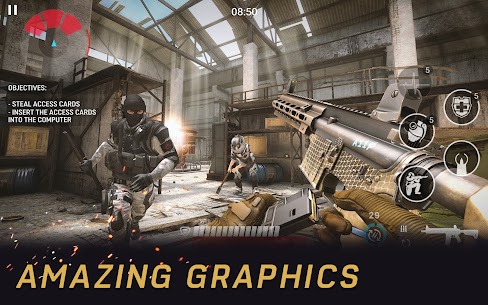 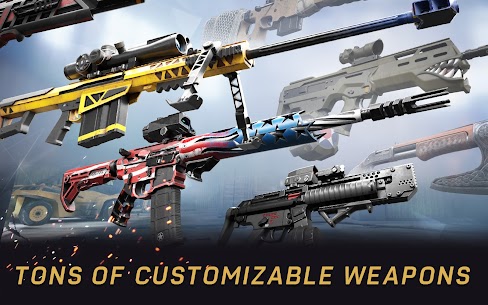 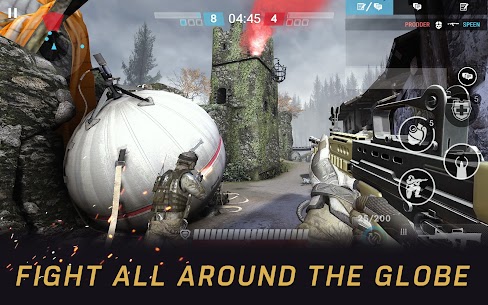 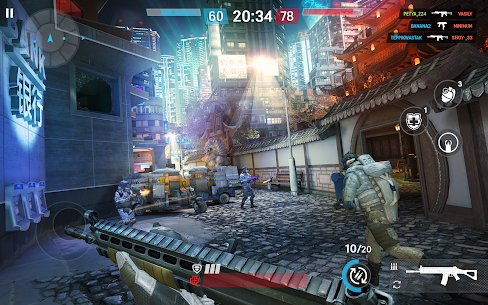 Warface: Global Operations — cool network shooter from My.com B. V., whose actions unfold in the universe of the already iconic primary source. The project is not a transfer. This is an independent game created specifically for fans of mobile gadgets.

Warface: Global Operations is actively growing and developing: new maps, weapons, equipment and character skins regularly appear in the game, as well as unique new game modes and events in which you can receive valuable rewards. The team is constantly improving the game optimization and matchmaking system with each update, providing the best gaming experience for fans of mobile first-person shooters.

– 7 awesome maps for dynamic PvP battles;
– 4 game modes and more than 20 mini-events in which the conditions change every day;
– More than 200 types of customizable weapons and equipment;
– 15 skins to alter your character’s appearance – and the list is constantly updating!

PVE MISSIONS AND CO-OP RAIDS
Get a series of brand-new special weapons and gear, and play as a team of four to smash through enemy hordes and dangerous bosses. Unearth the latest Blackwood plot and make the World a little safer!

Explore all game modes:
✯ Team Deathmatch ✯
Kill enemy players and take the lead. Be the first to reach the score.

✯ Plant the Bomb ✯
One fight to three victories. Plant the bomb at one of the enemy controlled zones and don’t let them blow up yours.

✯ Free-for-All ✯
Every man for himself! Prove that you are the king of the hill.

Warface: Global Operations is a military team-based action shooter in which everything depends on your skill. Carefully consider your tactics for each battle, explore different locations and modes, develop your shooting skills, upgrade your equipment and demonstrate your superiority!

You can easily master Warface: Global Operations and quickly break into the heart of the battle. Even if you are new to the world of mobile shooters, you will become familiar with the game controls in no time.

The game provides dynamic team gameplay in perfectly balanced maps designed specifically for mobile gaming. Take part in exciting battles around the world and enjoy the intense action while our matchmaking system takes care of finding you a worthy opponent.

Is it important for you that your character’s appearance reflects your playstyle perfectly? Warface: Global Operations gives you this opportunity! Dozens of pieces of equipment and many skins will allow you to create a unique, memorable soldier and stand out among millions of other players!

In Warface: Global Operations, there are weapons for both natural born snipers and melee fans! There are hundreds of fully customizable weapons: assault and sniper rifles, shotguns, SMGs and much more will not leave you indifferent. Create the gun of your dream with a huge number of additional modules and a non-linear upgrade system, and then try it out in intense PvP battles!

Brought to you by MY.GAMES

• The higher the activity, the better the prize! Now the reward depends on obtained achievements and MVP.
• Updated Capture the Zone mode: now captured zones generate points for your team - the more zones you occupy, the more points your team will be receiving.
• The character skin store has been moved to the Inventory.
• The game mode is automatically selected when you tap on the corresponding mode menu tab.
• You can buy consumables in batches.
• Improved performance and bugfixes.