"20% OFF Launch Discount!
Download APK Lastest versionTELEGRAM
0/5 No votes
Report
Developer
SQUARE ENIX Co.Updated
May 27, 2022Version
1.0.0Requirements
11Get it on 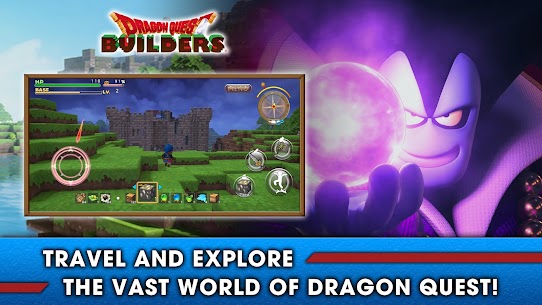 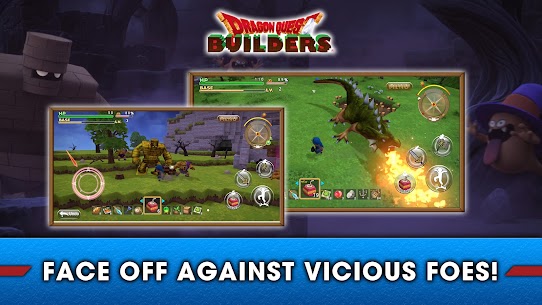 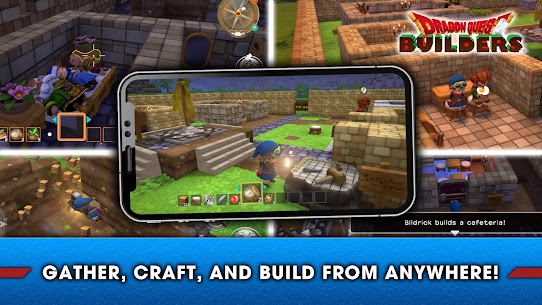 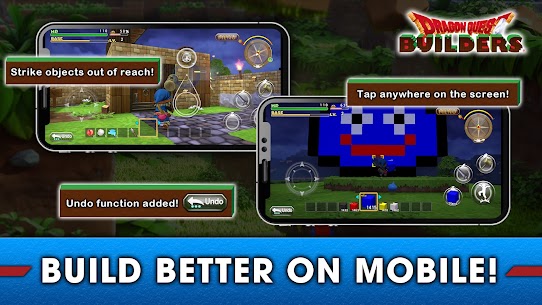 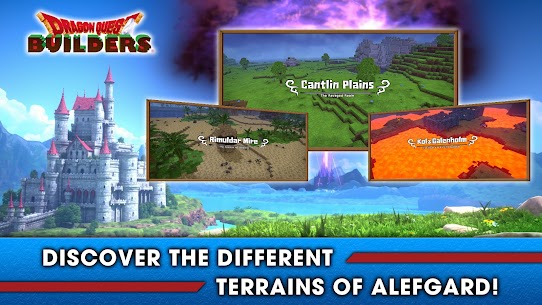 DRAGON QUEST BUILDERS – a mobile sandbox that is available on iOS and Android. According to the plot, the world of Alefgard has been covered by Darkness and we need to help the locals get rid of it. Along the way, players will encounter slugs, golems, dragons and other monsters. But you can’t go for them with your fists, so get ready to collect materials and craft weapons; in addition, you can build yourself a huge castle to hide in it.

Explore a world made of blocks as you gather, craft, and build to defeat the evil Dragonlord! Build everywhere from anywhere in DRAGON QUEST BUILDERS, available now on mobile. Brought to you by SQUARE ENIX!

TRAVEL AND EXPLORE THE VAST WORLD OF DRAGON QUEST!
In this “Block-Building RPG”, YOU are the legendary builder that has the power to build! The realm of Alefgard has been plunged into darkness by the terrible and treacherous Dragonlord, the ruler of all monsters. Venture off on the epic adventure to restore Alefgard!

FACE OFF AGAINST VICIOUS FOES!
You will encounter Slimes, Golems, Dragons, and more. Familiar DRAGON QUEST monsters of all sizes threaten the survival of humankind! Craft weapons, build defenses, and fight the monsters to protect your base. Use your power to build and play smart when fighting against frightening enemies in action packed combat!

GATHER, CRAFT AND BUILD FROM ANYWHERE!
In this world made of blocks, everything you see can be materials used to create! Farm ingredients, craft various items and build your base to unite the people roaming the ruins. From buildings to entire towns, you have the freedom to make your village your very own. The power to build is in the palm of your hands!

BUILD BETTER ON MOBILE WITH SPECIAL FEATURES ADDED!
Place blocks by simply tapping the screen and destroy blocks and items more easily with specialized cursors. A convenient Undo Button function has also been added to allow you to restore your work!
Convert your buildings in to Build Cards to share with friends and scan their buildings to have them show up in your island!

NEW DLC AS IN-APP PURCHASES
New DLC added in “Terra Incognita,” the land where you can freely build and play!
DLC includes:
• “Magic Carpet”, “Boss Monster Model Set”, “Astronomy Set”, “Pixel Ring”
• “All in one pack” (A set of the above 4)
*Please be aware of duplicate purchases.

・Adjustments to some features
・Bug fixes