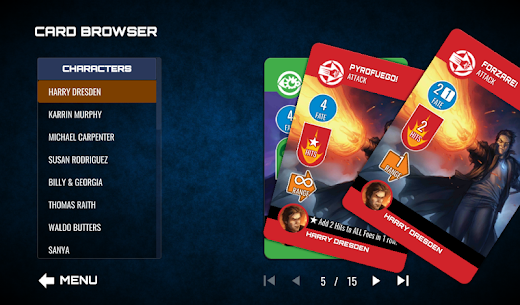 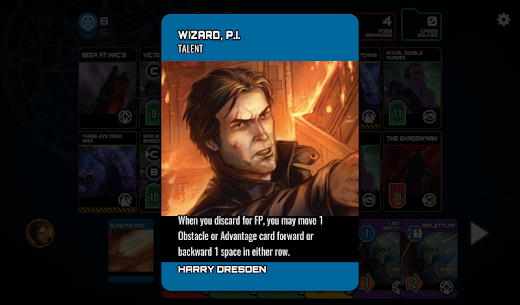 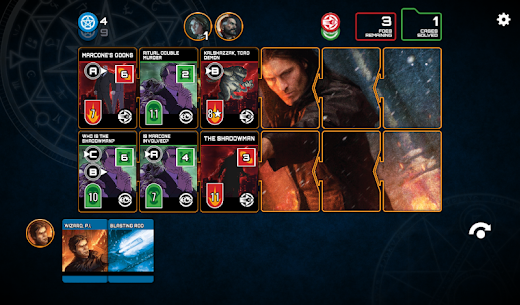 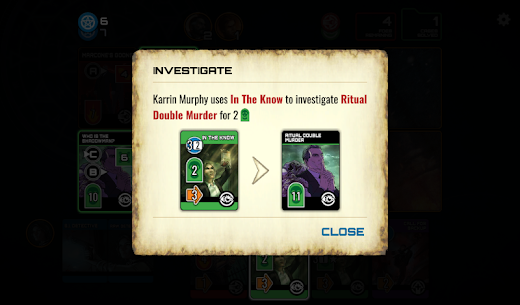 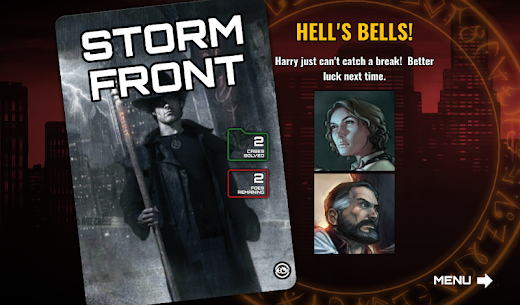 The Dresden Files The Cooperative Card Game is the official version of the board game, an android game where you, along with Harry Dresden and his friends, will investigate various cases.

Play Harry Dresden and his friends as they take on the cases from the bestselling Dresden Files novels in the ultimate what-if scenario—what if Harry was on the scene with allies who weren’t there in the original story? The core game includes Harry, Murphy, Susan, Michael, and the Alphas and plays through the first five novels as well as Side Jobs, a random scenario generator based on the short story collection of the same name. Designs are already well underway for expansions featuring more series characters and more novels.

* Fixed a number of small gameplay and UI bugs.
* Character decks no longer reshuffle their draw pile once it is empty. Cards that select a character to draw will not select characters with empty draw piles.