Can you infect the world? Plague Inc. is a unique mix of high strategy and terrifyingly realistic simulation.
Download APK
4.6/5 Votes: 3,709,785
Report
Developer
Miniclip.comUpdated
March 24, 2022Size
75MVersion
1.18.7Requirements
4.1 and upGet it on

Plague Inc – this game on Android is different from the others from the very beginning. The meaning is that you are not a super hero and not just a good person, but on the contrary, a villain and your primary task is to destroy the world! To do this, you have a whole laboratory in which you can easily create any infection and viruses and other mucks.

Can you infect the world? Plague Inc. is a unique mix of high strategy and terrifyingly realistic simulation.

Your pathogen has just infected ‘Patient Zero’. Now you must bring about the end of human history by evolving a deadly, global Plague whilst adapting against everything humanity can do to defend itself.

Brilliantly executed with innovative gameplay and built from the ground up for touchscreen, Plague Inc. from developer Ndemic Creations evolves the strategy genre and pushes mobile gaming (and you) to new levels. It’s You vs. the world – only the strongest can survive!

Plague Inc. is a global hit with over half a million 5 star ratings and features in newspapers such as The Economist, New York Post, Boston Herald, The Guardian and London Metro!

The developer of Plague Inc. was invited to speak at the CDC in Atlanta about the disease models inside the game!

“The game creates a compelling world that engages the public on serious public health topics” – The Center for Disease Control and Prevention
“”Plague Inc: The Cure encapsulates the complexities of a global pandemic response and highlights how crucial international collaboration is needed to address such a threat.” – Coalition for Epidemic Preparedness Innovations
“Plague Inc. should not be as much fun as it is” – London Metro
Winner – “Overall Game of the Year” – Pocket Gamer
“Killing billions has never been so fun” – IGN

P.S. Give yourself a pat on the back if you got all the themed literature references!

Can you save the world? Take control and stop a deadly global pandemic. Allocate resources to boost testing capacity, make facemasks compulsory, lock down countries or develop a vaccine in Plague Inc.'s biggest expansion ever!
Created with the help of health experts from all over the world including the WHO, CEPI and GOARN, The Cure is an engaging and timely simulation of a global disease response.
It will be free for all Plague Inc. players until COVID-19 is under control. 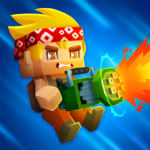