This is a funny talking game about Mr. Barack Obama. The president will entertain you with many mini-games and tricks.
Download APK
3.9/5 Votes: 48,079
Report
Developer
Anuloid GamesUpdated
Mar 15, 2022Version
2.3.9Requirements
5.0Get it on 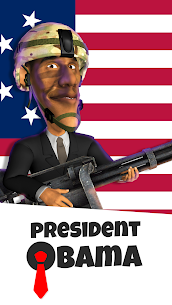 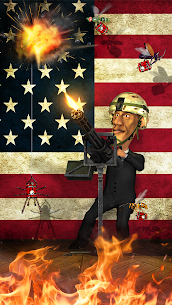 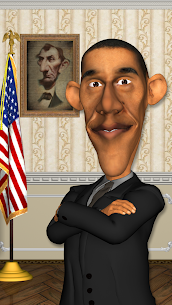 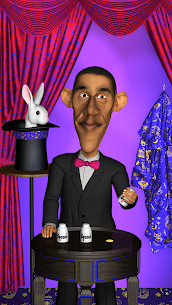 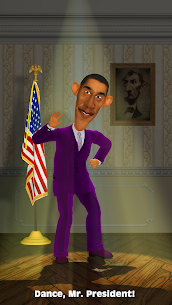 Obama 2022 – an entertaining application for mobile devices on the Android platform, where the main character is a comically depicted character similar to the American president.

At the start, the application offers to download another utility called Bosses. It, in turn, contains a number of mini-games with characters resembling famous heads of state. All of them are entertaining and created in a humorous way. The main character of one of the sections resembles President Obama. He, among other things, is able to repeat recorded sounds, as does the game character Talking Tom. To do this, the application needs permission to access the microphone and media files.

This is a funny talking game about Mr. Barack Obama. The president will entertain you with many mini-games and tricks.

– Help Mr. President to destroy terrorists with a super powerful weapon.
– Use Space attack if the power of his machine gun is not enough.
– Talk to Obama: Speak and he will repeat what you said with his funny voice.
– Play a shell game with Mr. President and try to outsmart him.
– Watch plenty of stories with Barack Obama.

Mr. Obama is smart, strong and gracious. You’d better try to have a cup of coffee with him and read the latest news.