Become the legendary samurai cat and cut down endless waves of frog ninjas alongside with your best moew companion!
Download APK
4.5/5 Votes: 2,673
Report
Developer
Bit Egg IncUpdated
Mar 6, 2020Version
0.71Requirements
6.0Get it on 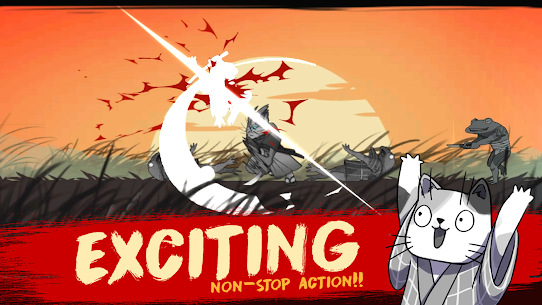 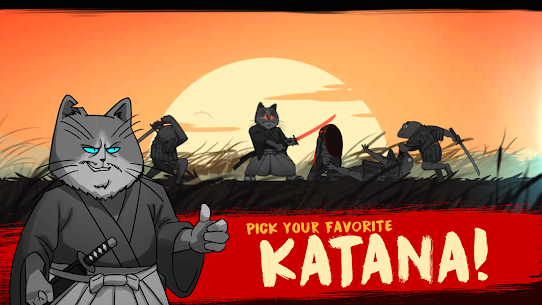 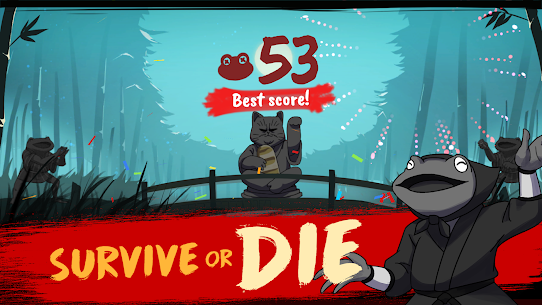 Neko Samurai – this is an arcade action game with dynamic gameplay and stylish visual design. You have to play as a legendary samurai cat and fight with hordes of ninja frogs. Arm yourself with an incredibly sharp katana, cope with endless waves of enemies and win the great battle!

The famous samurai cat Nyanjuro and his assistant Nyanske are attacked by a clan of ninja frogs who are determined to destroy them. However, Nyanjuro has the ability to sense the presence of enemies even before they attack, which means that a difficult battle is coming. Control a samurai cat and fight ninja frogs in time to repel their attacks, dodge shurikens, look both ways and do not miss a single enemy.

Become the legendary samurai cat and cut down endless waves of frog ninjas alongside with your best moew companion!

Neko Samurai is a fast-paced arcade game about slashing enemies and deflecting shurikens. Don’t blink! One mistake and you could be a cat ghost!

This game is not intended for children and has violent materials. Please see the game rating for the appropriate target audience