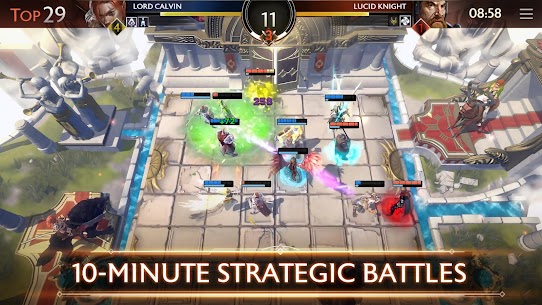 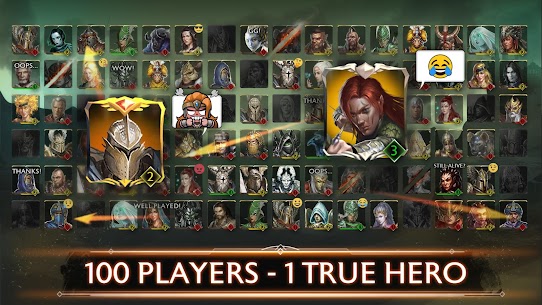 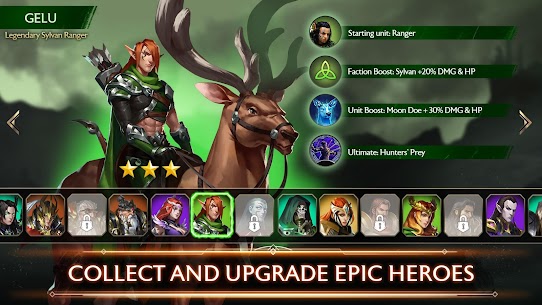 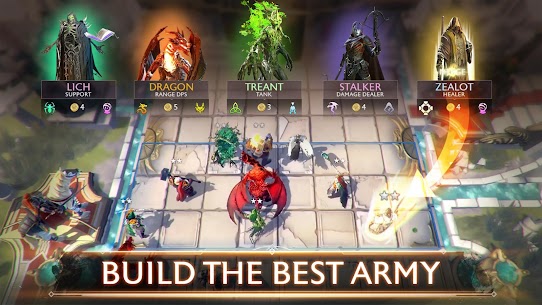 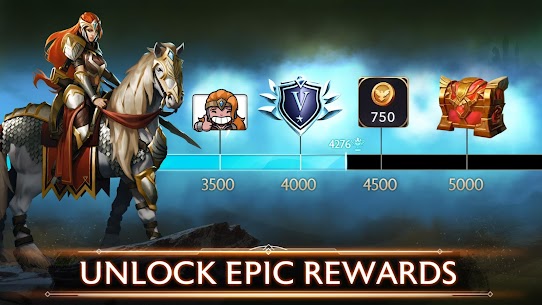 Might & Magic: Chess Royale — turn-based strategy with thought out to the smallest detail gameplay for Android devices. Another, incredibly high-quality and breathtaking project from Ubisoft, which will give you hours of unforgettable pastime and extremely positive emotions from the game. Having absorbed the best qualities of such games as AutoChess and Dota Underlords-Might & Magic: Chess Royale is ready to offer you an exciting adventure in a huge fantasy world, where you have to fight strategic battles reminiscent of the classic game of chess, but with a number of its features.

DISCOVER THE FIRST MASSIVE REAL-TIME 100-PLAYER AUTOBATTLER
100 players clash on a real-time battlefield – can you be the last Commander standing? Rediscover classic Heroes and Units from the high-fantasy universe of Might & Magic and create deep strategies in ten-minute rounds!

STRATEGY IS KEY TO VICTORY
Combine a huge range of Units, Factions and Heroes to claim victory. Create unique Synergies and overcome your opponents in each round!
Scout other players and adapt to their own Synergies and Units. Tactical management and your deployment of Units on the battle grid is essential.
Grow your army and wield magic Spells with unique abilities and effects.
Plan ahead: scout opposition armies and strategies, and anticipate unit and Spell availability in the Shop. Learn and adapt to the current meta!

COLLECT & UPGRADE ICONIC UNITS & HEROES
Unlock the legendary Heroes of Might & Magic! From the infamous Sandro to the blessed Catherine Ironfist, collect them all to create new and unique tactics! Upgrade your Heroes to unlock their passive and active abilities to help your armies win the battles!
Merge, merge and merge! Upgrade units by merging them together to become mightier, up to three stars!

A TRUE BATTLE ROYALE AUTOBATTLER
Thrilling real-time fights against 99 other players! Each round counts: who will be the last Commander standing on the battlefield?

THRILLING & EXHILARATING FIGHTS
Watch massive battles unfold with amazing visuals! Witness your armies unleash its fury on your opponent with powerful Ultimates and Spells.
Outsmart your opponents in 1v1 battles!

EVOLVE YOUR GAME
Regular updates and in-game events to shake up the meta – adapt your strategy!

DISCOVER THE WORLD OF MIGHT & MAGIC
Experience the classic Heroes and adventures of the high-fantasy Might & Magic RPG, reimagined on a chess battlefield!

More Heroes have heard the call of the battle and they are ready to join the fight! 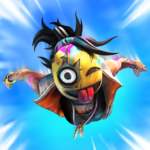