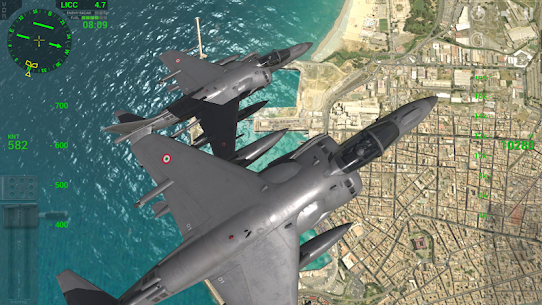 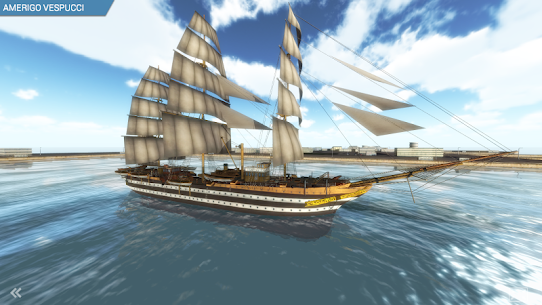 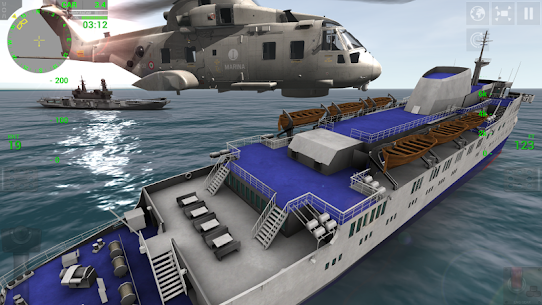 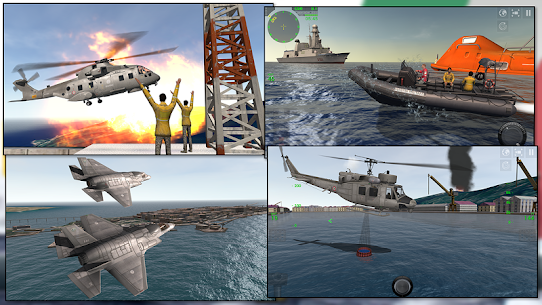 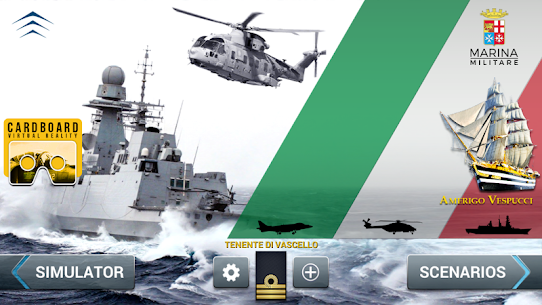 Marina Militare It Navy Sim – today you will be able to realize your childhood dreams in full: certified aircraft and helicopters of the Italian Air Force will be at your disposal. Each piece of equipment needs a special approach, so you will not be bored. In addition to air equipment, ships will appear under your order.

Take the controls of airplanes, helicopters and ships of the NAVY in scenarios inspired by real situations.

Engage in winning missions faithfully reproduced with satellite technology; enter our most advanced simulator of AV-8B Harrier II Plus; prepare to command different vehicles of the Navy.
Maneuver the Guided missile destroyer, land on the aircraft carrier with an F-35B Lightning II destroyer, salvage shipwrecks with the ship RHIB Hurricane 753, engage in FLIR (infrared) recognizance with a EH101 helicopter, sail with the training ship sailboat school and much more.

Discover naval aviation and climb aboard the fleet!

Some characteristics may have a fee attached.