Heroes of Tactics is a new game for Tower Defense and Strategy fans. The game has a Medieval Fantasy setting.
Download APK
0/5 No votes
Report
Developer
Studio WW GamesUpdated
Jun 22, 2022Version
1.2.2Requirements
7.0Get it on 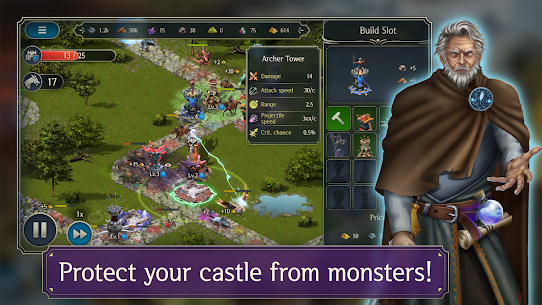 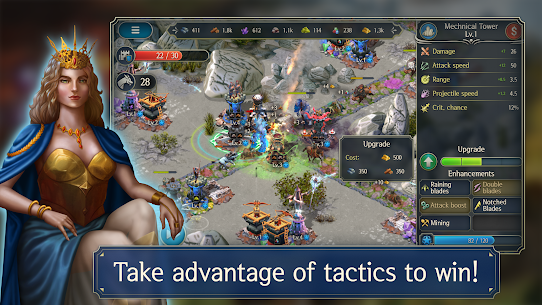 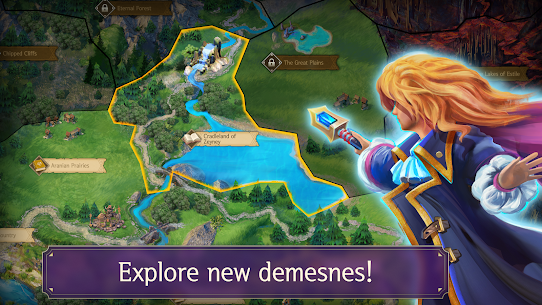 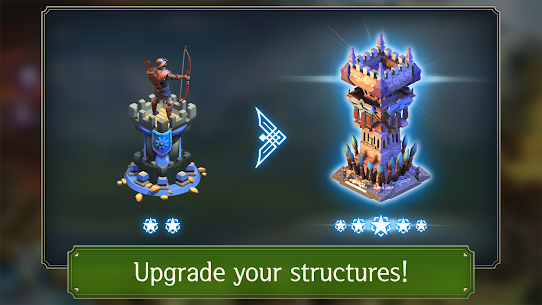 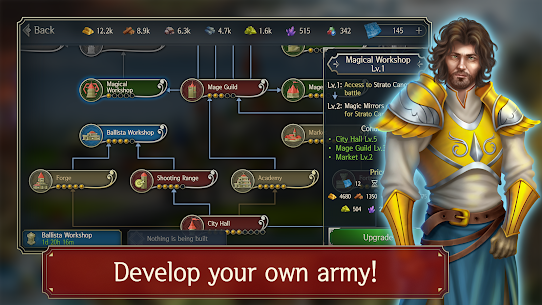 Heroes of Tactics. TD Strategy – this is an exciting strategy game created in Tower Defense mode. Here you will find a rather interesting storyline, beautiful graphics and epic battles against various monsters. And according to the plot, you will find yourself in parallel medieval times, where people have magic, and an unknown mystical cataclysm gave birth to hordes of dangerous monsters! For many years, humanity has been fighting with otherworldly forces, but they have become stronger, and previously unseen monsters have been encountered more often. Against the background of the general disaster, the kingdoms began to unite, and created a lot of fortified posts aimed at destroying anyone who dares to invade. You also have to manage the defense, placing towers with guns, archers and, of course, combat magicians in the way of enemies.

Heroes of Tactics is a new game for Tower Defense and Strategy fans. The game has a Medieval Fantasy setting.

The action takes place in an imaginary fantasy world, which is called Mayra. This world had experienced a magical catastrophe (the reasons and outcomes of which are outlined at the 1st chapter of the game). This catastrophe is tightly connected with Yavor, local mage and alchemist.

So the Mayra population is acquainted with magic, magical creatures and supernatural forces. The story is being told by Erithians, the inhabitants of Erytheia.

During many long years, Erythians had cruel wars with gangs of beasts and nomads. No one knows where from and when these dangerous creatures had appeared at the Borderland. Urue (how the invaders were called) invaded Distant and Near Countries and came close to Erithan.

For many years invaders had been vexing Erytheia lands, but at some moment their raids became an overall threat. The danger became global and neighboring lands were suffering severely, so Erytheia decided to perform in partnership with few closely situated lands (Dalia, Gron-Bourne and free tribes of Sarii) to kick them out beyond the Tranquil Plains and clear the lands of their presence.

So, consolidated troops were setting free the lands of Erytheia principality by principality, kicking urus out up to the Tranquil Plains. The battles became more and more cruel, as well as beasts at the battlefields were becoming more spooky and outlandish. And there was no real strategy to conquer them. At that time the tactic method of building fortifications was invented to protect territory from massive raids of enemies with later fill clearing of the area. The closer the troops were coming to the Frontier, the slower they could conquer their enemies.

Javor the Inspired, a court alchemist, was the only hope for Eton. Javor was the high dignitary of the Yang Temple (unity of four elements: Ice, Fire, Air, Earth). He also studied the science of Life, and he was known to be beyond the Death line. Having such wide knowledge and magical skills, he created some artifact, known as the Chest of Javor, containing all the possible elements and entities. With its help he wanted to kick urus out of the borders of their world and make the world free from their presence.

Interesting plot with more than 150 missions, where a player should choose the best tactics for Tower Defense, build available fortifications to reflect the coming urue waves from the fortification.

Additional interface for gameplay allows the player to use resources to upgrade towers just during the battles. Players can put their battle weapons in special zones, sites.

Players can upgrade their weapons not only during battles. There are also strategies for out-of-battle upgrades (building tree) and the study of sciences to upgrade battle abilities of towers (science tree).

Key features of Heroes of Tactics: