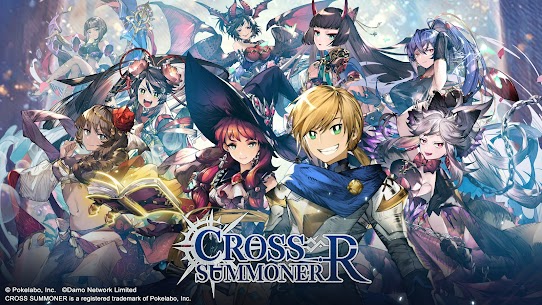 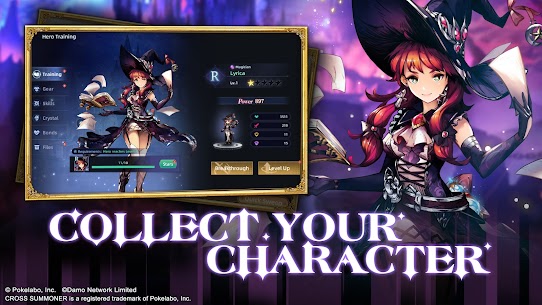 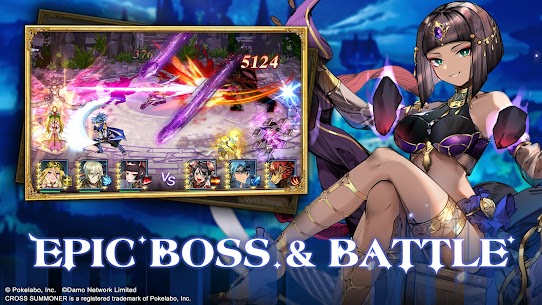 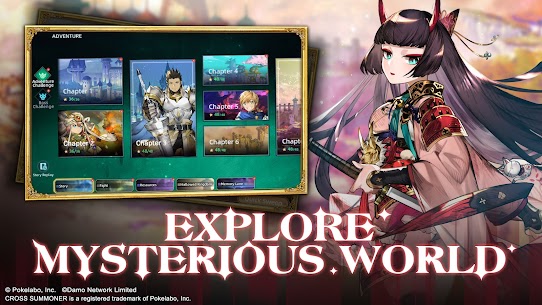 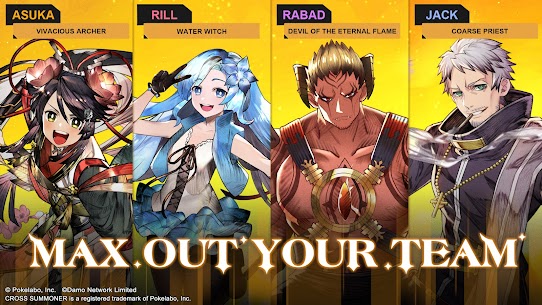 Cross Summoner:R – role-playing game. Players will complete missions and participate in auto-battles, using each hero’s ulta for deadly strikes. For tasks you get a maximum of 3 stars, which allows you to pick up the reward from the chests. Your task is to reflect the specified number of waves of the opponent in the allotted time. This hints at the fact that it is necessary to constantly pump up your fighters and get new ones through the gacha.

– A huge cast of charming characters!
Collect your favorite characters and understand each of their stories by improving them.
More gameplay modes allow for a truly multi-dimensional experience. Create a team that belongs to you!

-Heart-pumping battle experience!
The Synergy Skills of well-coordinated heroes will determine the outcome of combat.
Skillfully control the timing of skill releases to enjoy a fluid combat experience.

– Lots of gameplay modes!
PVE: Beautiful battle scenes play out over an expansive story map. Powerful Boss quests provide the thrill of a challenge. Tower climbing mode lets you prove your power and continually push yourself to improve. Limited time resource tasks reward you with exclusive items that increase your power.
PVP: The heat of Arena combat presents a different way to coordinate your techniques.
Training: Develop exclusive characters through a multi-dimensional system that includes leveling up, gear, jewelry, skills, Star upgrades, and Bonds. Light up stars in the Magic Sigil to receive permanent attribute bonuses.
Guilds: Create powerful guilds with your friends.

After a final showdown with the Black Iron Mage, the human world and the various realms finally welcomed a brief time of peace.
Little was it known, however, that beneath this peace, darkness had already begun seeping in. Out of a selfish ambition for power, a group of humans began seeking immortality and placed their hope in a terrifying, taboo form of magic. As their understanding of this magic deepened, so did the chaos in the kingdoms of the various realms. From the Heavenly Realm to the Hellish Realm, none remained at peace. Creatures that should never have existed in the world poured forth and began wreaking havoc…
Who is the mastermind behind it all? Was all this destruction really caused by the wish for immortality? Or are there deeper secrets lying deep beneath it all, waiting to be discovered…