🧪 In AlchiMerge you are the Shopkeeper of your very own Alchemy Shop!
Download APK
4.4/5 Votes: 326
Report
Developer
PocApp StudiosUpdated
Jun 15, 2022Version
1.0.3Requirements
5.0Get it on 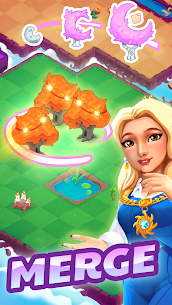 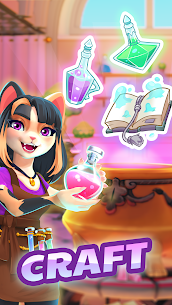 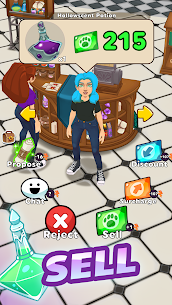 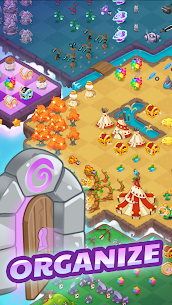 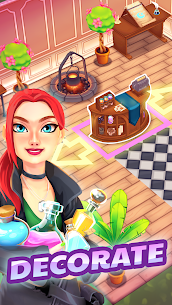 AlchiMerge: Merge & Craft – an arcade simulator of an alchemist who continually opens new territories and finds new items. If you combine 3 of them, you will get something new. The game has vertical gameplay, and the energy system will not allow you to go headlong into the local gameplay. Gradually, you will create a store of potions and other alchemical things, putting them up for sale.

In AlchiMerge you are the Shopkeeper of your very own Alchemy Shop!
Match and Merge materials to harvest magical ingredients for your Shop!
Craft mystical Potions, Spells and more!
Sell them to customers for profits and become a Legendary Shop Tycoon!
Decorate your Shop and Customize your human, Catanian (cat) or Lupinian (dog) avatar!
Befriend heroes along your way and uncover the mysteries of the Vortex Isles!
Join forces with other players and Invest in your City together!

Interested in knowing more? Here’s what you can expect from AlchiMerge: Merge & Craft.

The kingdoms of Catania and Lupinia used to live secluded from each other, but everything changed when the Great Tremor hit, causing a Rift Storm in the middle of the great ocean. Dimensional rifts started to appear out of magical thunder, introducing a whole new archipelago to the world.
These are the Vortex Isles, a place of magical flora, mystical ruins and ever-lasting storm clouds.

Upon sailing to the Vortex Isles, Catanians and Lupinians met Humans for the very first time. They were also brought to the world of Anima by the Rift Storm. In AlchiMerge these three kingdoms meet to explore the mysterious Vortex Isles. Will they all get along?

Players familiar with PocApp Studios’ previous titles, Castle Cats & Dungeon Dogs, will be able to meet beloved heroes in an entirely new format. Completing Quests from new and old heroes will reveal unique stories of the characters and the world of Anima.

Merge Gameplay: Merge Your Way Through the World of Anima!
Match and Merge endless materials to harvest magical ingredients for your shop!
■ Crafting: Sell your wares to customers!
Craft mystical Potions, Spells, and ancient Trinkets. Sell and trade them to customers for profits!
■ Shop Tycoon: Become the best!
Hustle, bargain, and strike deals to become the most prestigious Shopkeeper on the Vortex Isles!
■ Avatar Customization: Show off your Shopkeeper!
Customize your avatar to your own liking and start your adventure either as a human, catanian (cat), or lupinian (dog), the choice is yours!
■ Shop Decoration: Show off your interior skills!
Be as creative as you want – your customers value a well-designed shop!
■ Multiplayer: Join Forces with Other Players!
Team up with friends, invest together, build thriving Cities, and powerful alliances between Humans, Catanians, and Lupinians!
■ Story Progression: Uncover the mysteries of the Vortex Isles!
Can the three races work together? Are dogs still a Human’s best friend? Complete Quests from Trust Characters to unlock their unique stories and learn more about the world of Anima!

Welcome to the global launch of AlchiMerge: Merge & Craft!
Customize your avatar, merge to discover new ingredients, and build your dream shop!