In a magical toy park, a group of loyal soldiers is waiting for you to command. You are the only commander of the army, cheer up and go to those enemies!
Download APK Lastest versionTELEGRAM
0/5 No votes
Report
Developer
Taishan gameUpdated
May 17, 2022Version
1.0.10Requirements
6.0Get it on 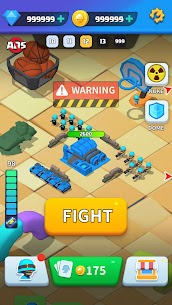 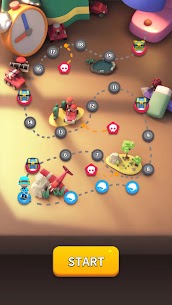 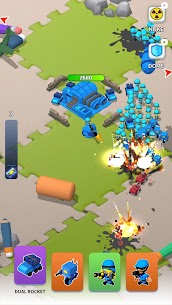 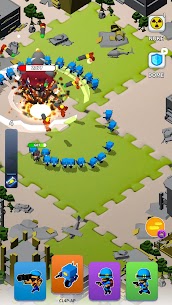 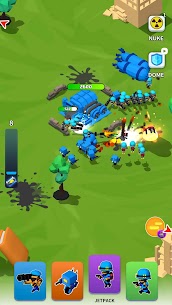 Cartoon Army – a strategy with the simplest possible management, which allows commanders to lead all units with one finger. They will go to a fabulously miniature world, where a serious conflict broke out between the two factions. Participants will start with a small squad of poorly trained fighters. And gradually, stage by stage, they will turn them into an elite and numerous unit. Who can handle any task. Cute graphics, a large number of levels, a variety of units and capabilities, the elaboration of tactics for a speedy victory and other aspects will please connoisseurs of the genre who do not want to dive into unnecessarily subtle matters.

In a magical toy park, a group of loyal soldiers is waiting for you to command. You are the only commander of the Cartoon Army, cheer up and go to those enemies!

Just swipe the map with your finger to create the elite troops you need! According to the direction of the enemy’s attack, you need to allocate troops reasonably, plan the attack carefully, and defeat the dangerous enemy!

Start with basic weapons and equipment, then earn coins and upgrade your combat power through in-game victories. You can also buy cards to get different military classes! Rocket launchers, flamethrower, armored vehicles, and tanks are all waiting for you to command!

This is a game that is constantly challenging, the military situation is urgent, don’t waste any more time! Get ready for battle!