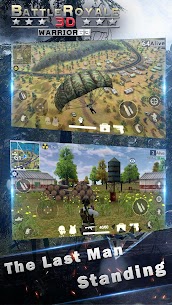 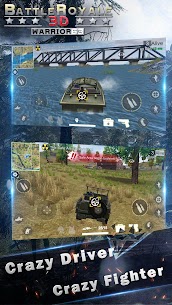 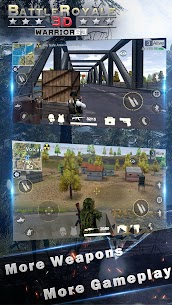 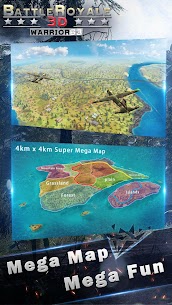 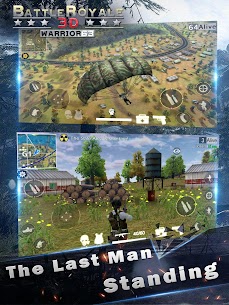 Battle Royale 3D – Warrior63 – the classic features of the “battle royale” are a third-person shooter, which provides gamers with everything they need to have something to do on a huge map of 4 by 4 kilometers. An extensive arsenal of weapons, improvement modules for it, various equipment, a territory divided into locations, a bunch of objects and buildings that allow you to conduct one or another behavior tactic and many other aspects make the gameplay exactly what is expected from a project of this category. Well, good graphics and comfortable controls also bring positive impressions to the gameplay.

Be the last man standing!

To compete with other players, to improve yourself in battle. At first, after airdrop landing, you have nothing, must make full use of the terrain advantage, buildings, vehicles to defeat opponents! And time pass instantly, within about 15 minutes, search for weapons and resources, quickly arm yourself, escape the Poison Circle and avoid the attack from your opponents. Find the chance to defeat them, survival in the end, be the king of the Battle!

Let’s play, feel the exciting of the Survival Battle! 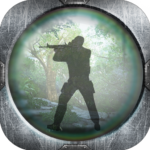